What do you see when you look at me?


One of the most astonishing television experiences I ever had was a multiple-episode arch of The Practice. In it, the law firm was defending a quadripilegic client played by the late great Christopher Reed. Casting Reed was particularly effective because, by that time, he really was a quadripilegic. The audience knew and loved him as Superman, as a family man, and as a hero who would not give up in the face of his life-altering (and ultimately life-ending) disability. In the legal drama, Reeve plays a man who was injured in a car accident in which his nephew, the driver, was killed. Kevin's brother, the boy's father, is wealthy but has refused to offer any assistance toward Kevin's care. Kevin's wife, Nancy (played by Carolyn McCormick), is suffering depression stemming from caregiver burnout and has been taking drugs that have caused her to black out on occasion. She resents her brother-in-law's refusal to help, and when he is found dead, she is accused of killing him. Attorneys Eleanor Frutt and Jimmy Berluti (Camryn Manheim and Michael Badalucco) are presenting her insanity defense. 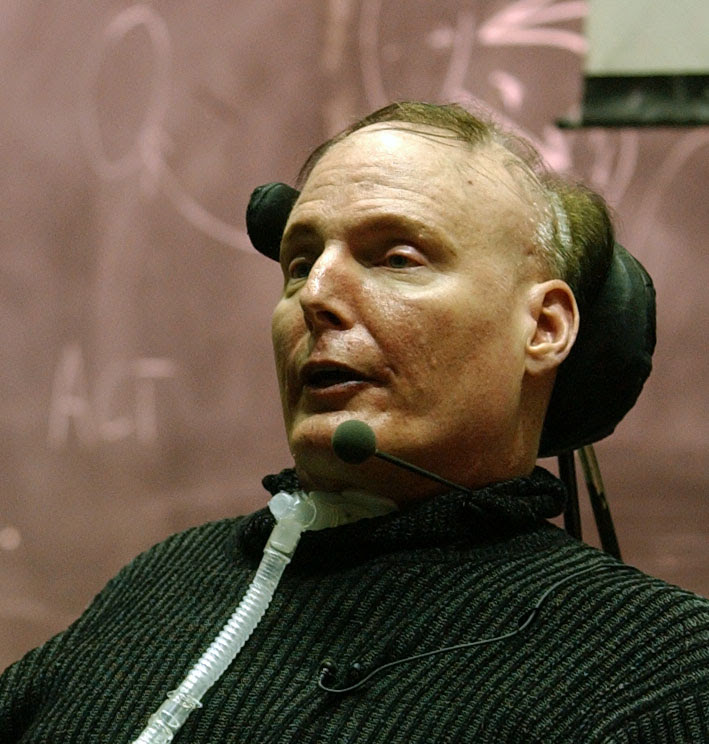 But here’s the kicker. It turns out Kevin (Reeve) committed the murder and purposely framed his wife. Why you ask? She cheated on him after his injury. She humiliated him. As he calmly relates this to Eleanor, she reminds him that she is his wife’s attorney, not his. She is under no obligation to keep his confession a secret. Reeve just looks at her and smiles and says something like: “Who would believe you? I’m disabled. We are sweet and kind. We are the victims.” Eleanor’s face widens in horror as she realizes he is correct. She was taken in by the same thoughts. He was someone to be pitied, to be cared for. To even present the theory in court would earn her the undying loathing of every jury member.

Now in real life we deal with the “Blade Runner” murder, and Slate was kind enough to run an excellent article regarding these same themes. It begs the question of why we put disabled people on a pedestal. These are adults who simply have a mobility problem without medical intervention. Why do we see them as more innocent than ourselves? If he were just another athlete, would anyone really be surprised that he shot and killed his model girlfriend? Sadly no. We expect it.

Examining our preconceptions is important in real life, but it also important when we are designing our characters. Are we playing into preconceptions or worse, are we playing into a stereotype? This is an especially present danger when we are writing about a type of person we have never actually encountered. A psychopath for instance. This type of person has been featured in countless movies and books, but when you read clinician’s notes about actually psychopaths (not all of them are violent), you see in many cases a starkly different picture than is painted by those Ashley Judd woman-in-peril movies. As I embark on my standalone book, I see now I will have to do research.

I love police procedurals, but I have never known any actual women police. If I am going to create one, my experience as a female Marine may provide some guidance, but I do not think it will be enough. Nor will my military experience provide any assistance in creating a US intelligence operative. I know nothing about those people, and for good reason—they live in a world apart from the rest of us. But if I am to bring them to life, I feel a strong need to be honest—true to real life. To do so means examining myself to ensure I do not fall into preconceived ideas based on stereotypes and pleasant fictions.

When personal experience cannot provide a rich enough well of experience to create a character, where do you turn for inspiration? Have you ever felt compelled to do actual research for one of your characters?
character development writing