On Faith - Part One of my Daredevil Review 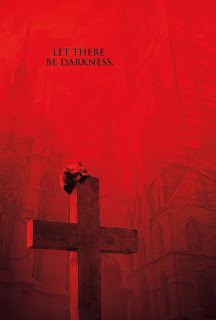 "I would rather die as Daredevil than live as Matt Murdock."

As I mentioned in my review of Daredevil Season 2,  I love this show, so I didn't want to simply write another review. Instead, I chose to write three articles on what I saw as the three main strengths of this season: its honest depiction or faith and the struggles of mere mortals to live it; the effects of psychopathy and the morality of treating people who have it; and the ability of friendships to fill the hole left by a missing family. In my Season 2 review, I mentioned how the show's writers have stayed true to the spirit of the comic in their characters, in the actors they cast, and the direction of the plot. Season 3 begins with another strong and unapologetic nod to the original comic: its focus on Matt's faith, or in this case, his loss of it.

In the last episode of The Defenders, a building fell directly on top of Matt Murdock, AKA Daredevil, as well as Elektra, the love of his life whose soul had been stolen by The Hand. This should have been fatal, to say the least. It wasn't. By the grace of God (and yes, I mean literally), he was carried away from the wreckage in a drainpipe, found by a cab driver, and taken to St. Agnes' Church... the orphanage where he grew up.

The events of The Defenders have changed him utterly. Until this crushing defeat, Matt lived his life with the certainty he was walking the path God laid out for him. No, he wasn't a fundamentalist as we define it today. But he believed he was taking his orders from the Almighty and he behaved accordingly. He believed God selected him to be the Devil of Hell's Kitchen, the protector of the weak. Now, Matt is not so sure. His ability to "see" is gone. His entire sinus system has been severely damaged by the explosion. He doesn't know why or how he survived and as his recovery continues at a too-slow pace, he realizes he wishes he didn't. After all, if he can't be who he was made to be, then he doesn't want to be at all.

For Matt, the idea that God did not choose him to be a protector is shattering, more than the death (and second death) of Elektra, and more than the explosion that brought a building down on top of him. It is made all the worse when he discovers Father Lantom and Sister Maggie, his mentors and guides in his faith, have been lying to him since he was a child. We watch how his inner changes are reflected in his outward behavior.

This was another brave and true point the writers made. If you change on the inside (your beliefs, your outlook, etc.), you WILL change on the outside. The behavior of a person who believes in one God, the Father the Almighty, will always be different from a person who believes we are merely hairless primates. It must. And it's something we don't often admit because, as Westerners, generally we value our secular society. But it is true and it's why I say that many people who consider themselves to be believers really aren't. Let me explain that before you get mad.

Often when you meet a self-identifying Christian, there is no difference between them and your atheist or agnostic friend. If you were to ask one of these believers how their life would change if they WERE an atheist, they have no answer for you. Would your friends change? The media you consume? The clothes you wear? No. Nothing would change. Because you live like an atheist. Noted Athiest Bill Maher got it exactly right when he said the majority of Christians are not followers of Christ, but merely fans.

Matt's loss of belief changed him. He estranged himself from his friends, from his mentors, from his calling. He abandons his commitment to preserving life, succumbing to the idea that murdering Kingpin is what is right. Except he knows it's not right; it's just what he thinks will make him feel better. Swallowed up by nihilism and self-pity, he becomes a different man. It is only when he comes face to face with a true devil, his mirror image, that he can see what he has become.

Though Matt finds peace with himself and his place in the world by the end of the season, it's not stated clearly if his faith has actually returned. But I think it has. Because of how he behaved.

Because he forgave a good man and a good woman who lied to him because they genuinely thought it was right. Because he saved his city without committing murder, and because he accepted the love of his friends, giving of himself to those who need it most. Matt Murdock shows us that faith is not just the "still, small voice," it is what we do and how we treat one another.