Unpopular opinion: Men don't like to read because of how they're presented in modern fiction 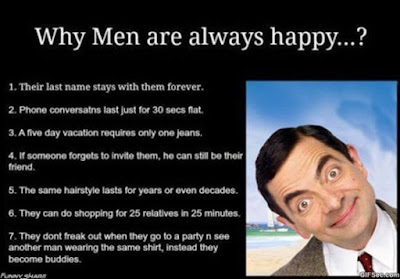 I've had several men compliment me on how I write the male characters in my books. Not just the way they speak, but the way they think.

I never gave it much thought, as I don't spend my time on Twitter and thus miss a lot of the "cultural debate" going on right now about men and how they are portrayed in fiction. But then I read The Good Daughter by Karen Slaughter and I saw exactly what people are talking about when they say men are being misrepresented in modern fiction.

I wrote a brief review of the book on Goodreads, but in a nutshell,  every single cis-gendered male in the book was violent, insecure, cruel, and unfaithful to their long-suffering wives/girlfriends. The only exception to this rule was the protagonists' father. He was obsessed with his job of defending the guilty from the predations of the far-worse criminal justice system and played a subordinate role to his brilliant, yet cold wife.  All of these characters were met with squeals of approval from mainstream reviewers with the words "feminist" and "representation" being common. There's only one problem: none of it was real.

Kind, mild-mannered subordinate men do not suddenly turn into fist-throwing badasses when the women in the story require it. Likewise, a police officer who protects his community, is loving toward his family, and willingly puts his life in danger does not suddenly turn into a shaking, homicidal basket case when confronted by a disarmed, female, teenage, school shooter.  People can behave one way in public and another in private, true. But there are certain behaviors that just don't go together.

It seems most women today don't know men as they are; they only know how men present themselves when in the presence of women. Or worse, they only know how men are portrayed in film and books, which is so often terribly wrong. And it could be dangerous to women. I had the extraordinary privilege to see men in "their native state," something that (I think) has protected me from stumbling into danger.

When I was seventeen, I joined the Marines. It was there I met men, my own age and older, who openly said women should not be allowed in combat roles. Some (very few) even said women should not work at all. And all of them--Christian, Athiest, White, Black, Hispanic, poor, middle class, mean, and nice--believed and said out loud that women wore clothing specifically to signal their intentions to the men around them and that women who go into a man's room want sex, even if she says otherwise.

Depending on your politics, you may describe these attitudes as misogynist or toxic. Which is why no man has ever dared utter these thoughts in front of you. But they're there... right there in his head.

I bristled at these backward opinions. I railed against them. Still do. But I noticed something. The men who said these things weren't the ones who were arrested for harming their girlfriends or for sexually assaulting one of the local girls. They were disciplined for drinking underage or for getting into fights with other men. But that's it.

One of the "toxic misogynists" discovered me terribly drunk outside the barracks, afraid to go inside lest the desk sergeant report me. This guy picked me up and carried me like his bride up four flights of side stairs, had another man open the emergency door, and deposited me in my bed, under the covers, then locked my door as he left. This was the same man who told me I didn't belong in the Marines because of my gender and that motherhood was my true calling. He was wrong about that, but he was still a good man, one who protected me for no other reason than I needed it.

Contrast that with the phenomenon of the male feminist ally. The one who says women should speak first at all gatherings and males are not entitled to opinions on certain issues. Either this man is a liar with plans to find a feminist sex partner or he is a sad person who is deeply uncomfortable in his own skin. Neither of these scenarios speaks well of him. And I don't think anyone is surprised to see the multitude of headlines about these types of men being accused of rape, assault, and other immoral manipulations of women.

Modern women are taught by the media to scan their interactions with men for the right "woke" buzzwords to determine if he is an "ally." They're not taught to study behavior, to watch for a misalignment between the man's words and actions, to thoughtfully assess his intentions. This is revealed in books of all kinds, but especially YA. Often I can't even read YA books because it's clear the author has never even been in the room with a male. How could she have when this fictional male creature in no way resembles a real live man?

Setting up these false expectations is both damaging to men and dangerous to women. You might think a man is an asshole because he thinks wearing leggings as pants is inappropriate. But that's not the same as being dangerous to you.
books for guys who don't like to read male representation toxic masculinity books