The Sheer Tragedy of Not Understanding Consequences 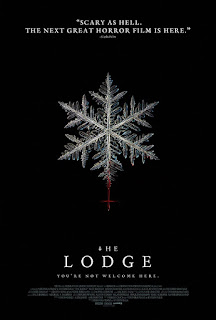 The Lodge is an independent horror film released in early 2020 and has just now become available on VOD. Like many independent thrillers, The Lodge moves very slowly compared to today's blockbusters, nearly overwhelming you with the amount of silence early in the film. It's that early silence that makes what is to come so much more horrifying.

As with all my reviews, this will be an analysis of the entire movie, including all the spoilers. So if you have not seen the film and would like to preserve the mystery of the ending, go watch it on VUDU and then come back.

We get more than thirty minutes into the film before we get a good look at Grace, the film's protagonist. The first scenes are devoted to Laura (played by Alicia Silverstone), a loving and caring mother who is preparing to drop her two children off at her estranged husband's house. It's a scene many of us are familiar with. She hustles the children to pack their things, upbeat and efficient. Then, when th…
Post a Comment
Read more

Watchmen: Too Woke for Season 2? 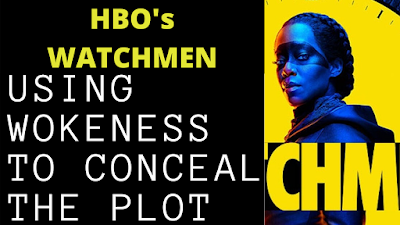 There was a great deal of gleeful bragging from certain corners of the internet. At the news HBO's Watchmen would not be coming back for a second season, some attributed it to the show's politics. Because so many of the show's detractors never made it past the first two episodes, I was moved to watch the series in its entirety. And needless to say, I have some thoughts. 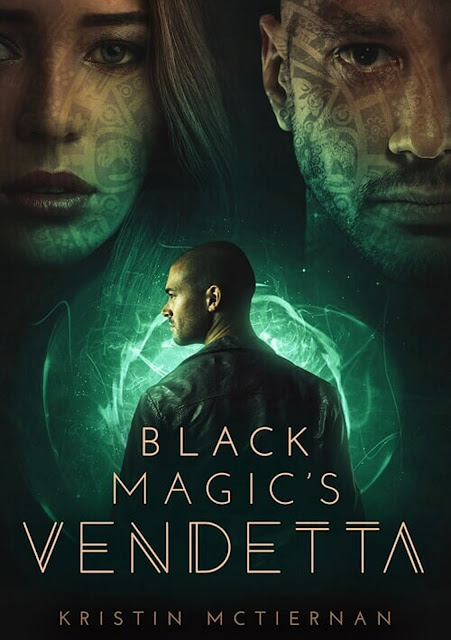 Book 3 in my series is nearing the finish line and I’m so excited to share the cover with you! No release date yet but I will definitely let you know when I have one solidified. Until then... feast your eyes on this.

An Ember in the Ashes: A Review 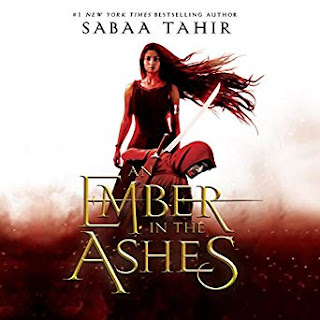 LAIA IS A SLAVE. ELIAS IS A SOLDIER. NEITHER IS FREE.

Anyone who tells you dystopian fantasy is done for has not yet read an Ember in the Ashes. With such mixed reviews, I almost gave up on this gem before I even began, but I'm so glad I read it.

Laia lives under the brutal dictatorship of the Martial Empire, a brutal Spartan-like regime. After her brother is arrested and her grandparents killed, she seeks help from the Resistance to get her brother back. They agree, but only if she'll act as a spy in the Commandant's household. As it happens, the Commandant's son is Elias, the academy's finest recent graduate and unwilling soldier.

This book hits a lot of the normal YA tropes, but they are done perfectly, without the silly contrivances that so often mar other books. Laia is a normal teenage girl who rises to greatness because of her extraordinary circumstances, not because she's a "badass." There are no ninety-pound little girls beating up grown me…
Post a Comment
Read more

In The Shadow of the Moon: Netflix delivers a modern scifi masterpiece 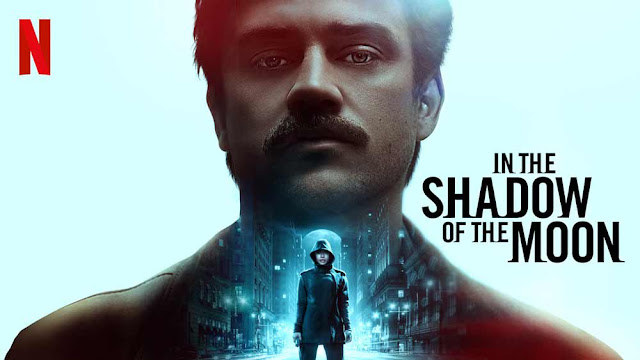 The first act of Netflix's sneaky new scifi flick is some of the most riveting storytelling in quite some time.

A title card tells us our story starts in Philidelphia, our nation's birthplace, in 2024. We see an empty office, bland and unremarkable. The camera pans and we notice there's a breeze in the room. Odd. Highrise offices generally don't have windows that open.

Then we see the windows have all been broken. The camera pulls us, almost against our will, closer to the blown out windows so we can see the devastation below. A hole in the pavement, in the buildings. Smoke. Sirens. And then, a partially burned American flag falling from above. But it's not quite an American flag.

The number of stars... is wrong.

With that shot, we are hurled back to 1988 to meet Thomas, a young beat cop in Philly. He's working night shifts in the hopes of making detective, making his heavily pregnant wife pancakes at 10 PM. This is the story we were promised in the blurb Netf…
Post a Comment
Read more

Good Omens is Good for a Laugh... and that's it 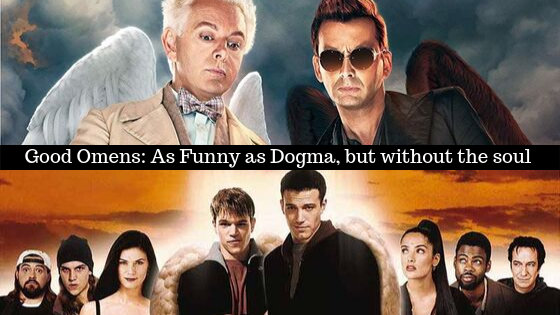 Michael Sheen and David Tennant are fantastic in everything they do. Literally everything. Including Prime's Good Omens. When I saw the preview for this show, I immediately put it on my list. Based on the novella by Neil Gaiman and Terry Pratchett, Good Omens tells the hilarious (and exceedingly British) story of an angel and a demon who team up to stop the apocalypse.

Crowley is the demon who appeared in the garden as a snake to tempt Eve. He is the reason for man's expulsion from paradise. Aziraphale is an angel, one with such a tender heart that he gave his flaming sword to Adam on his way out of Eden. There are lions out there, you see. Over thousands of years, the angel and demon cross paths many times, often conspiring with each other to get out of work (performing miracles for the angel, tempting good men to evil for the demon). Finally, they are both tasked with helping bring about the apocalypse, specifically trying to influence the young antichrist.

Hughie is the typical white millennial male who we can assume is of Irish derivation. He's passive, indecisive, almost willfully unsuccessful, though funny and kind. He knows he is capable of more, but mustering up the courage to ask his perfectly reasonable boss for a well-deserved raise is just too hard. Certainly moving out of his dad's apartment is way out of his league, even though his lovely girlfriend/fiance is encouragi…
Post a Comment
Read more
More posts